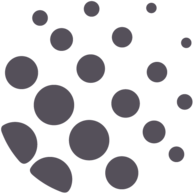 The lockdown, which is expected to last until the end of the month, was announced after seven new cases of COVID-19 were confirmed, bringing the total of cases to 33.

The Chief Minister of Karnataka tweeted on Monday: "After assessing the situation of Covid-19, we have decided to lockdown not just 9 districts but the whole state of Karnataka starting tomorrow till March 31st. I request all citizens to co-operate and please stay indoors."

Karnataka has a population of 68 million.