We may earn commission from links on this page, but we only recommend products we believe in. Pricing and availability are subject to change.
Nicole Sforza
October 13, 2022, 2:40 PM·2 min read

Ready to turn your bedroom, man cave or she shed into a cozy binge-watching haven? Don't sleep on the Insignia 32-inch HD Smart LED TV — Fire TV Edition. This super-popular model is now a paltry $130, down from an already affordable $180. It’s just the right size for a smaller space, and so slim it’ll fit seamlessly into any setting, and at this price, you owe it to yourself to grab it. 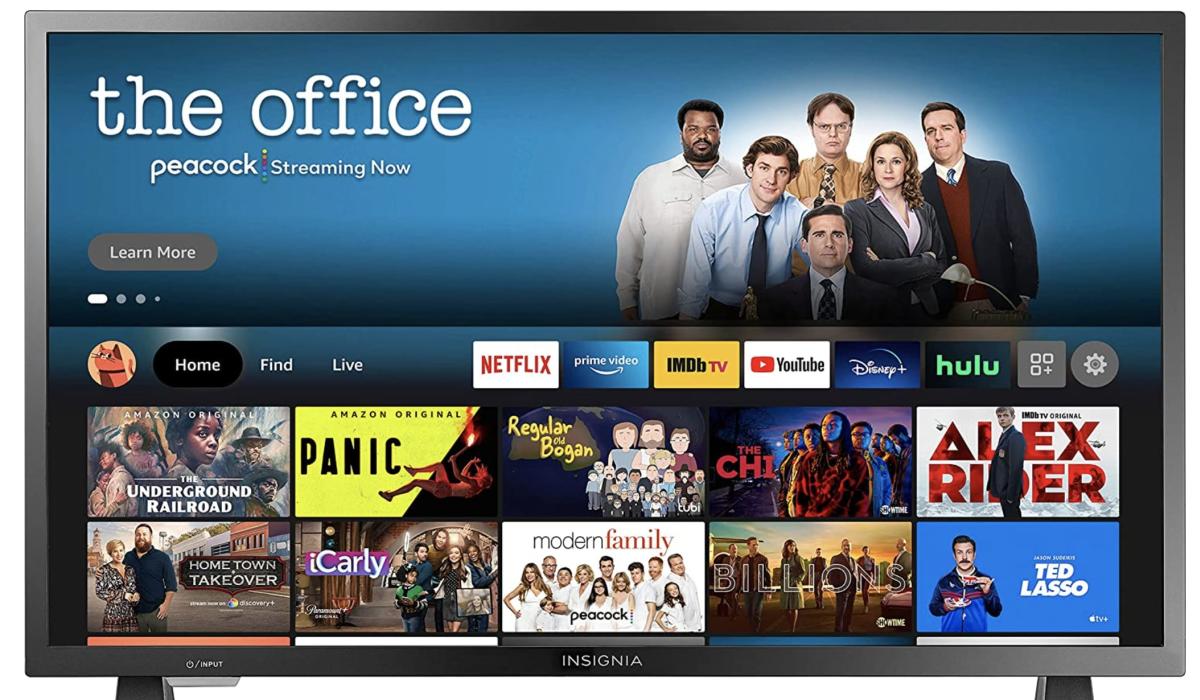 $130$180Save $50
As a Fire TV Edition, this model lets you stream movies and shows from Prime Video, Netflix, Hulu, HBO Max, YouTube, Disney+, Paramount+, Peacock and more without buying a separate device.
$130 at Amazon

Alexa is included in the remote. So if you’re not a fan of endlessly scrolling through a grid of movie titles (and who is, really), you can just say, “Alexa, play Ted Lasso,” and she’ll make your wish come true. Compare this to other built-in video streaming TVs like this TCL 32-inch HD Roku Smart LED TV, which comes with Roku inside, but lacks voice assistant features out-of-the-box. Good luck “hunting and pecking” on a virtual keyboard to find something to watch.

The Insignia 32-inch Fire TV Edition TV is also ideal for cord-cutters since it turns over-the-air TV into a cable-like experience.

“Yes, it works with cable too, but it integrates your HD Antenna right into Fire TV,” says a five-star reviewer. “This feature is so great. The one problem my wife has had with over-the-air TV is that there is no guide. Fire TV gives you a seamless guide built right into the menu.”

The TV features vivid colors and exceptional picture quality — which is rare at this price point. It also has three ports, so you can hook up a sound bar, a video game console, a Blu-ray player and more.

“Having three HDMI inputs is awesome,” says a delighted shopper. “I plugged my cable box into one, my Blu-Ray player into another, and still have one free for gaming systems. The picture is crystal clear, and the sound is not home theater in quality, but still pretty good.”

This Insignia 32-inch Smart HD TV — Fire TV Edition isn’t just the perfect bedroom TV — it would work well in a guest room too — or even the hub of the house.

“Perfect size for my kitchen wall and with a swing arm I can turn it and watch cooking shows from the island,” says a savvy shopper. “Very happy.”

$130$180Save $50
As a Fire TV Edition, this model lets you stream movies and shows from Prime Video, Netflix, Hulu, HBO Max, YouTube, Disney+, Paramount+, Peacock and more without buying a separate device.
$130 at Amazon