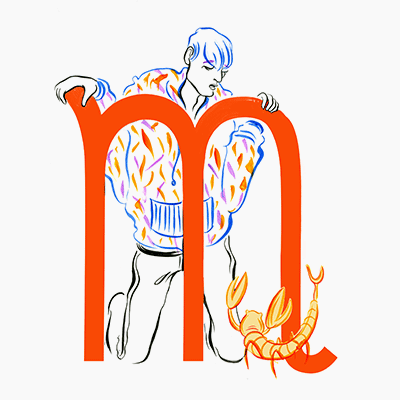 Communication becomes more open and outgoing as Mercury leaves shy Cancer for gregarious Leo on August 4. Youâre more likely to express yourself loudly and proudly now, and you donât care as much what other people think. This is the perfect time to make that grand gesture youâve been too shy to make until now.

Money-centered Venus enters domestic Cancer on the seventh, so youâll want to spend the majority of your disposable income on items for your home. These could range from big-ticket items like furniture to smaller ones like candles and soft blankets. You want to make your house feel like a home, and you donât mind spending a little money to make it inviting and comfortable.

Mars and Pluto, your two co-rulers, form a square on August 13, causing tensions to run high. Power struggles that start now wonât end without someone giving in, and itâs probably not going to be you. Youâre one of the most stubborn signs, Scorpio, and at times like this it seems like youâre actually proud of that title.

Thereâs a Venus-Pluto opposition on the thirtieth that ends the month on an intense note, especially if youâre dealing with an unexpected crisis. You feel flustered when you donât have time to think, which results in frustration and could lead you to make poor decisions. Donât feel pressured into making any quick choices about love or money.
Never miss an update! Get your horoscope in your inbox every morning. Sign up for your daily horoscope newsletter.
This month
Reblog
Share
Tweet
Pin it
Illustrations by Jo Ratcliffe