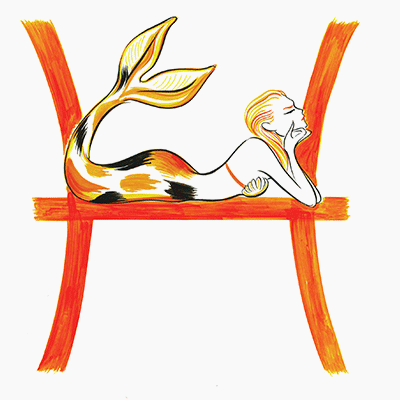 Youâre a little less shy and more likely to speak your mind when Mercury enters outgoing Leo on August 4. While youâre normally perfectly happy working backstage, you actually donât mind being in the spotlight now. Show off some of your creative talents that no one has seen before!

Love goddess Venus leaves restless Gemini for security-seeking Cancer on the seventh, so youâll be looking for long-term relationships (both romantic and platonic) instead of short-lived interaction. Youâre very good at creating a homelike atmosphere now, especially when it comes to your cooking and decorating skills.

You can look forward to an invigorating Leo new moon on August 18 that will have you looking for love and attention anywhere you can get it. Youâre not desperate, but being adored sounds kind of great. Pay close attention to the comments on your social media posts. Itâs possible someone will say something you werenât expecting that makes you feel really good about yourself.

An emergency or crisis is imminent during the Venus-Pluto opposition on August 30, and it might be a challenge to remain calm. Whether you caused it or had no part in it, the effects are still the same. Youâll have to find a way to deal with it instead of sticking your head in the sand. This probably isnât going to go away on its own, Pisces. Never miss an update! Get your horoscope in your inbox every morning. Sign up for your daily horoscope newsletter.
This month
Reblog
Share
Tweet
Pin it
Illustrations by Jo Ratcliffe