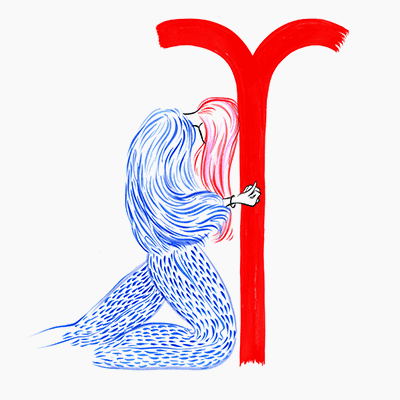 Your effortless conversations inspire quick responses. Where you lay your head at night could be the topic of discussion. Whether its about a relationship repair or a home improvement, youre guided by several voices today. Separate talk from deeds. People chat up a promising string of ideas, but few may act. Feel free to make the first move; waiting for something to happen is not your thing. Your strength of conviction can arouse others to support your cause. Leadership is a noble calling. Get Your Complete Cosmic Profile
13 December
Reblog
Share
Tweet
Pin it
Illustrations by Jo Ratcliffe

MS: Americans: READ THIS!! Things every US citizen should know and remember about Social Security and changes made: A History Lesson on Your Social Security Card, it doesn't matter whether you are Democrat or Republican. Facts are Facts Social Security Cards, until the 1980s, expressly stated that the number and card were not to be used for identification purposes. Because nearly everyone in the United States now has a number, it became convenient to use it anyway and the message, NOT FOR IDENTIFICATION, was removed. Franklin Roosevelt, a Democrat, introduced the Social Security (FICA) Program. He promised: 1.) That participation in the program would be completely voluntary. No longer voluntary. 2.) That the participants would only have to pay 1% of the first $1,400 of their annual Incomes into the program. Now 7.65% on the first $90,000. 3.) That the money the participants elected to put into the Program would be deductible from their income for tax purposes each year. No longer tax deductible 4.) That the money the participants put into the independent 'Trust Fund' rather than into the general operating fund, and therefore, would only be used to fund the Social Security Retirement Program, and no other government program. Under Democrat President Lyndon Johnson, the money was moved to the General Fund and Spent. 5.) That the annuity payments to the retirees would never be taxed as income. Under Democrats Clinton & Gore, up to 85% of your Social Security can be taxed. Because many of us have paid into FICA for years and are now receiving a Social Security check every month and then finding that we are getting taxed on 85% of the money we paid to the Federal government to 'put away' -- you may be interested in the following: Q: Which Political Party took Social Security from the independent 'Trust Fund' and put it into the general fund so that Congress could spend it? A: It was Lyndon Johnson and the Democrat-controlled House and Senate. Q: Which Political Party eliminated the income tax deduction for Social Security (FICA) withholding? A: The Democrat Party Q: Which political party started taxing Social Security annuities? A: The Democrat Party. Al Gore cast the 'tie-breaking' deciding vote as President of the Senate while he was Vice President of the U.S. Q: Which political party decided to start giving annuity payments to immigrants? A: That's right! Jimmy Carter and the Democrat Party. Immigrants moved into this country, and at age 65, began to receive Social Security payments! The Democratic Party gave these payments to them, even though they never paid a dime into it! Then, after violating the original contract (FICA), the Democrats turn around and tell you that the Republicans want to take your Social Security away! And the worst part about it is that uninformed citizens believe it! If enough people realize the damage they’ve done, maybe a seed of awareness will be planted and changes will evolve.