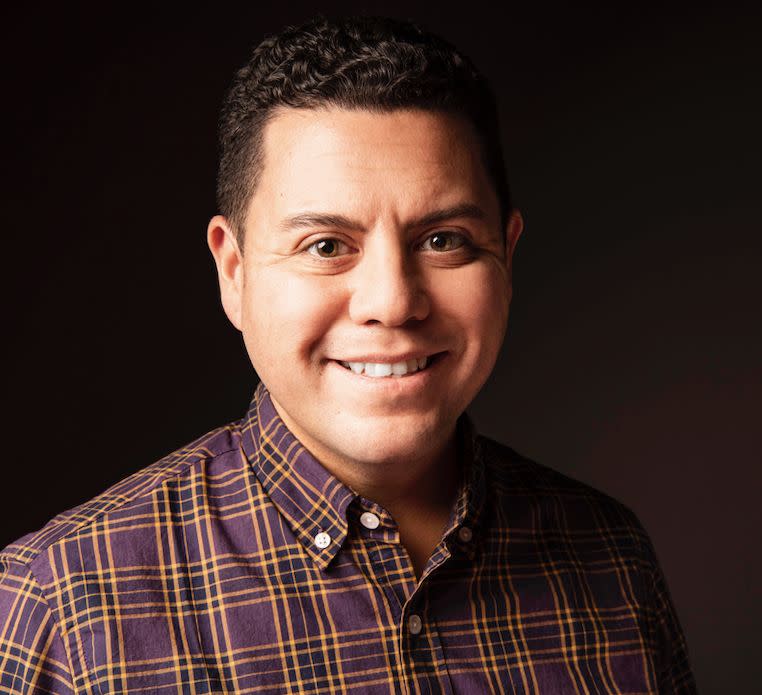 Like many of his fellow artists, Mauricio Martínez has found a creative way to share his talents with fans amid the COVID-19 crisis.

On Wednesday evening, the actor will commemorate Mexican Independence Day by hosting a watch party for his concert, “De México to Broadway,” on Playbill’s official website. The performance, originally presented in 2018 at Feinstein’s/54 Below in New York, traces Martínez’s early life in Monterrey, Mexico, through his Broadway debut in the hit musical “On Your Feet!” three years ago.

(Catch a sneak peek at “De México to Broadway” above.)

Directed by Jaime Lozano, “De México to Broadway” features music from Martínez’s two solo albums, as well as songs from musicals like “Jesus Christ Superstar,” “Evita” and “Beauty and the Beast,” many of which are performed in Spanish. For many fans, the highlight will be material from “On Your Feet!” in which the actor portrayed Miami Sound Machine founder Emilio Estefan, husband of Latin pop icon Gloria Estefan. Along the way, Martínez, 42, shares behind-the-scenes anecdotes about his life as a gay man and a four-time cancer survivor.

“It’s the story of my life as told through music,” said Martínez, who has starred in numerous Mexican telenovelas and can currently be seen in “El Vato” on Netflix. “I talk about my fears, I talk about my dreams. I talk about being a Mexican immigrant in the times that we’re living and believing in building bridges as opposed to building walls. It’s a tale about a Mexican boy who wanted to be on Broadway and believed in his dreams.”

As for the decision to stream the concert on Sept. 16, Mexican Independence Day, he told HuffPost, “It’s a moment of pride. It’s a moment of remembering where I come from and where I live. New York and the U.S. have been very kind to me, and I’m very thankful to be a Mexican immigrant living in America.”

Of course, Martínez ― who is presenting “De México to Broadway” in partnership with tequila brand Jose Cuervo ― recognizes that the global theater community is struggling due to the COVID-19 crisis. In recent weeks, he’s relocated from New York to be with his family in Spain. He’s also performed in virtual concerts and worked on a memoir, and he hopes to release many of the songs in “De México to Broadway” on a forthcoming album.

Like many actors, Martínez is eager to return to the stage as early as next year. At present, the outlook for theaters and other performance spaces remains bleak, with theater managers unsure of how to enforce social distancing measures before a coronavirus vaccine is widely available.

But if Martínez has his way, lawmakers around the world will emerge from the pandemic with a newfound respect for artists and the work they produce.

“The arts are playing a very important role in people’s sanity right now,” he said. “It’s literally saved our lives. It’s inspired us to keep fighting. So my hope is that governments will prioritize the arts the same way they do sports or other events. They’re essential to everyday life.”

“De México to Broadway” will be streamed on Playbill Wednesday at 7 p.m. Eastern Time.