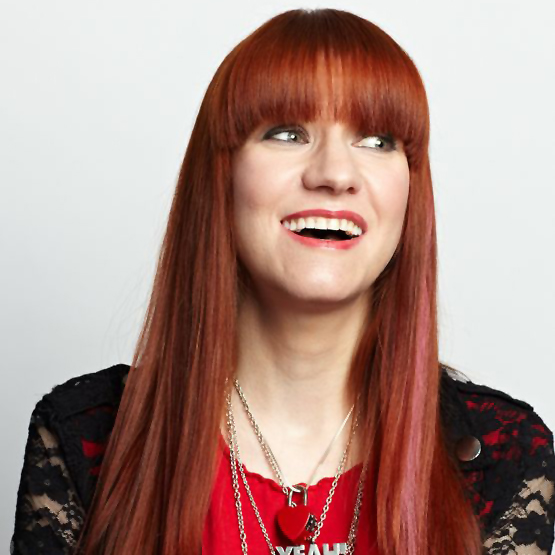 Glam-rockers the Struts have always enjoyed more success in America than in their native U.K. Their breakthrough single “Could Have Been Me” cracked the top five of both Billboard’s alternative and rock charts; they performed on the America’s Got Talent 2019 finale and closed out the last-ever Victoria’s Secret fashion show; and their electrifying stage skills earned them slots touring the U.S. with everyone from Motley Crüe to the Foo Fighters (whose Dave Grohl declared them the best support act the Foos ever had). So, in January 2020, the Struts decided to make a permanent move across the pond, settling in their spiritual home of Los Angeles.

But, right after wrapping up their February West Coast tour, Struts frontman Luke Spiller recalls, “The whispers from across the globe of COVID started happening. After that, it was like, ‘This is getting canceled, that's getting canceled.’ And then, all of a sudden, we were in lockdown. It was very, very, very bizarre.”

So, the Struts did what any self-respecting Stonesy rock band would do: They all moved into a house and wrote and recorded an entire album in just one week. The aptly titled result, Strange Days, could best be described as an Exile on Main Street for the coronavirus age.

“It does make me think of [Exile], because that record has such great variety on it,” Spiller tells Yahoo Entertainment/SiriusXM Volume. “I think in our own way, we've brought our tastes and our separate influences as a group into it. And that's basically what the Stones did on that album — there was country, there was blues, there was real rock ‘n’ roll and everything in between, but it was still unmistakably Stones. And I think there's a similar c [to Strange Days] too, in the sense that we can't go anywhere.”

Spiller realizes now that the Struts, whose lineup also includes guitarist Adam Slack, bassist Jed Elliott, and drummer Gethin Davies, could have taken their sweet time making Strange Days, rather than delaying the release of their already-completed studio LP (which will now come out in early 2021 instead) to hyper-focus on rush-recording a quarantine album. But, like most people in America, they had assumed that this period of isolation would be relatively brief, and that they’d soon be back to touring for many months out of the calendar year.

“We were kind of like, ‘When's the next time that we are actually going to have a month, maybe two, sitting around doing nothing? We should really stay productive!” Spiller says with a wry chuckle. “We had no idea what the timeline was. But we wanted to do something while the mood was fresh. So yeah, there was an urgency. … We decided to kind of put everything to one side and see what would happen, just in that space of time, under these circumstances.”

After testing negative for COVID-19 and settling into their producer Jon Levine’s Monkees-style L.A. home (“It was funny — I hadn’t shared a room with anyone in five years, and there I was, sharing a room with Gethin,” says Spiller), the Struts found themselves being unexpectedly productive. Pretty soon, their initial plan to record an EP expanded into a full album project. “It was great. We lived and breathed everything that was happening, and we were being extremely prolific. It was insane,” says Spiller. “We were doing two or three songs a day. Like, wake up at 10, and by 12 o'clock midday, we've got a song done. By three o'clock, there's another one. And then come the evening, after a bit of food and a couple of drinks, we'd already started working on another idea which was three-quarters of the way done. This momentum was incredible.

“It was a very productive time. Leading up to the record, there was like two weeks that I spent just writing ideas, like six hours a day, seven hours a day — just sheets and sheets of titles and lyrics and concepts, while some were fully fledged songs. And that meant that when we came together, we were so excited and everyone was just buzzing. Once the first idea came up, then they wanted to do another one, and then another one, and then another one. …And that’s when I was like, ‘Well, if we're going to do this, why don't we like milk it for all it's worth?’ And I started calling up some of the people that would become the features on the record.”

Among those Strange Days cameos are the Strokes’ Albert Hammond Jr. (on whom Spiller had developed a “man crush” after playing a couple radio shows together) on the soaring, Killers-esque anthem “Another Hit of Showmanship.” Rage Against the Machine’s Tom Morello lends his shredding skills to the “face-melting” metal banger “Wild Child.” And Def Leppard’s Joe Elliott — who once named the Struts as “the next big rock ‘n’ roll band” in a TMZ interview — and Phil Collen appear on the “big, fat chorus” of the original track “I Hate How Much I Want You” (after they “politely declined” an invitation to play on a remake of KISS’s “Do You Love Me,” which Collen’s pre-Leppard band, Girl, had covered in 1980.)

But the most surprising guest spot comes from Take That superstar Robbie Williams, on the power-ballad title track — although diehard Struts fans might not be that surprised to see the Struts’ connection to a ‘90s pop star like Williams, considering that when the Struts started doing “Sunday Service” home performances on YouTube at the start of lockdown, they covered the Spice Girls’ “Stop.” (Explains Spiller: “I'm English. How can I not be a fan of the Spice Girls? That was like the sound of my childhood, the sound of the playground, the sound of every school disco.”) The Struts/Williams partnership actually started when Williams slid into Spiller’s DMs.

“It was just when lockdown was happening and I was doing [the Instagram Live series] ‘Quarantine Radio’ from my computer at home,” Spiller recalls. “He just hit me up on Instagram and said, ‘Hey, check your DMs!’ And I was like, ‘Um, random. OK...’ And then he was like, ‘Can I call you?’ And then five minutes later, boom. We ended up FaceTiming for like two hours or something on our first chat. We just spoke about everything — music and life on the road and UFOs. We both love our UFOs! It was a real, genuine thing that happened. And that was two weeks before we went into the studio. So, I called him back a day or so after, and said, ‘If I can throw something together while I'm in the studio, would you be interested in singing on it?’ He said, ‘Yeah, absolutely.’ I played him an idea… I remember playing about 10 seconds of it, just singing it to him on FaceTime, and he was like, ‘Stop, stop, stop! I'm in, I'm in! Let's just do it!’ So, we went into the house already knowing that Robbie wanted to do something, and that was really exciting.”

Although the collaborations with Hammond, Morello, and Def Leppard were done remotely, for the Williams duet, the Struts and Levine decided to record together, as inconvenient or near-impossible as that might be in an age of social distancing. “Robbie was a little bit tougher, because he was a vocalist and was at his house and didn't have an engineer or anything. So, the original idea was that I was going to send him a brand-new microphone, so it wouldn't have been contaminated, with a mic stand and a 50-foot-long mic cable that we were going to trail down his driveway,” Spiller laughs. “And then me and Jon were going to park at the bottom of Robbie’s driveway and have [the microphone] dangled in, and then we'd record it on the laptop. Oh my God, that was the first idea! It ended up being something similar, but we were on his porch and we kind of had a mic stand here and a mic stand here and a great big distance between us, and then all the cables running onto his drive where Jon was with his laptop and an interface. So, all of the bird sounds at the beginning of that track are actual ambient recordings from his front garden; it sounded great, so we decided to keep it in. It was very bizarre. I'd never cut a vocal outside, ever.”

Ironically, it took going into lockdown in the U.S. for the Struts to finally get their first radio hit in the U.K.; the BBC recently added “Strange Days” to its rotation after the Struts journeyed back to England to perform it (with a hologram Robbie) at Manchester’s Soccer Aid benefit. “We finally got U.K. radio, three albums deep!” says Spiller. Unfortunately, the Struts are “pretty much stuck” in England now, as their U.S. work visas have expired and now they can’t leave the country due to travel restrictions. But Spiller, conducting this interview from his family’s home in the South West England town of Devon, says, “Not that we don't love L.A., but it would be a shame not to be in your home country when you're getting listed on one of the two biggest stations like in the country. It's something that you want to savor. … And [Soccer Aid] was an incredible opportunity in the United Kingdom that we couldn't miss. So we had to come back. And now that we're here, who knows? Maybe we'll cut another record here.”

Spiller confesses that as exciting as the Strange Days whirlwind has been, he does miss his former road-warrior lifestyle. “It’s no mystery that if there was a way out, if there was a crack in the door, the Struts would be the band to kick it down and be the first onstage and out touring again,” he says. “At the beginning, [the downtime] was very pleasant and I definitely did enjoy the time off. But I think personally, I kind of let myself down a little bit; I started drinking a bit too much, doing too many drugs. Only recently, in the last three or four weeks, have I kind of been sober-ish and getting my life back together. I really do think that no one's going to be coming out of this year the same, for better or for worse. It's a funny thing when your entire world slows down, or shuts down, and you’re left your own devices. But I'm dealing with it pretty well.”

And Spiller and his bandmates are proud of the record they’ve made, that — like other quarantine albums such as Charli XCX’s How I’m Feeling Now and Taylor Swift’s Folklore — will forever stand as a document of these strange days indeed. “I thought that was important, because there was a lot of language and a lot of imagery that came into my lyrics that I wanted to capture and put into a little time capsule,” Spiller says. “And it has proven to be a really refreshing experience, extremely creative and extremely prolific. I listen back to the album every now and then, and I'm just like, ‘I can't believe that we did it!’ I mean, even Oasis’s (What's the Story) Morning Glory? took 12 days.”

The above interview is taken from Luke Spiller’s appearance on the SiriusXM show “Volume West.” Full audio of that conversation is available on demand via the SiriusXM app.