We may earn commission from links on this page, but we only recommend products we believe in. Pricing and availability are subject to change.
4

Apple’s iPad lineup is both more interesting and more complicated than it’s been in years. After last October’s launch of the 10th-generation iPad and the M2-powered iPad Pro, Apple now sells three tablets in the 11-inch range that pack broadly similar designs but have key differences when it comes to internal components and accessory support. The 2021 10.2-inch iPad remains for sale, but seemingly targets a different market than its “next-generation” successor of the same name. The iPad mini is still doing its thing, too.

If you’re confused about which to buy, you’re not alone. Deciding which iPad is the best for you isn't as cut-and-dry as it has been in the past. We’re here to break down the pros and cons, detail how they compare to each other and help make your decision a bit easier.

Best for most: iPad Air 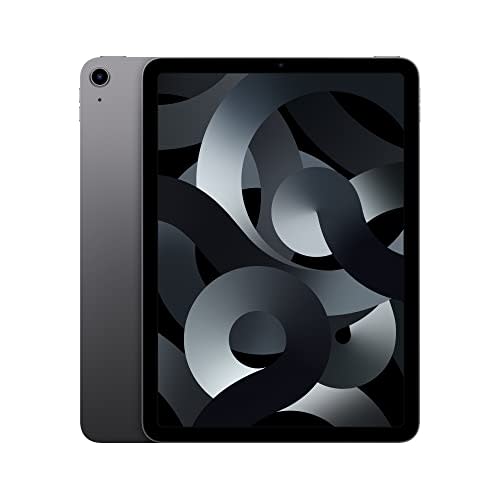 The 10.9-inch iPad Air still gets you most of the iPad Pro's best features at a lower price, with fewer compromises than the newer 10th-gen iPad.
$500 at Amazon

Of the six iPad models currently on sale, the iPad Air is the closest to being universally appealing. We gave it a score of 90 in our review of the most recent edition: It has the same elegant and comfortable design language as the iPad Pro while costing less, with a bright, sharp and accurate 10.9-inch display surrounded by thin bezels and flat edges. It comes with a USB-C port, similar to what you’d find on a MacBook and many other non-iPhone devices, and while it’s not a Thunderbolt connection as on the iPad Pro, simply being able to charge the Air with the same cable you use with your other gadgets is a plus.

Apple refreshed the Air in 2022 with its M1 system-on-a-chip, which is the same silicon found in the entry-level MacBook Air. This isn’t Apple’s newest SoC, but it’s still more than powerful enough for virtually any task you can throw at it, and an increasing number of iPadOS features are exclusive to M-series chips.

The iPad Air is also compatible with Apple’s best accessories, including the second-generation Pencil stylus and the (excellent) Magic Keyboard, just like the 11-inch iPad Pro. These add a good bit of cost to the bottom line, but for digital artists or frequent typers, they’re there.

The middle of Apple’s iPad lineup is a bit congested. If you need more than the Air’s default 64GB of storage, you might as well step up to the 11-inch iPad Pro, which starts at 128GB and packs a better 120 Hz display and M2 chip for not much more than a higher-capacity Air. (The display on the 2021 iPad Pro is better, too.) The new 10.9-inch iPad isn’t bad, either, but with its non-laminated display and lacking accessory support, it’s a harder sell unless you see it on deep discount. Still, while it’s not cheap, the iPad Air is Apple’s best blend of price and performance for most. 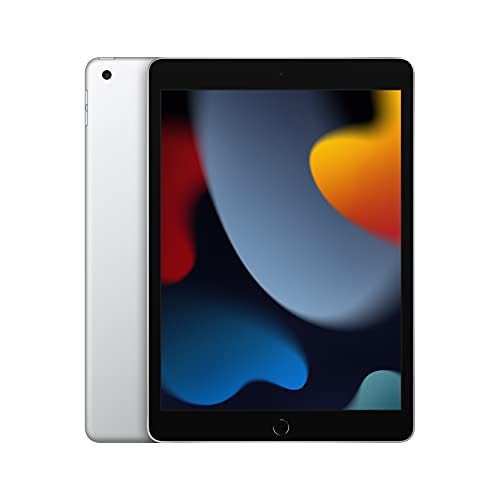 Its design has grown dated, but the 10.2-inch iPad still succeeds at most of the things a good tablet should do well.
$276 at Amazon

If you can’t afford the Air, or if you just don’t use your tablet heavily enough to warrant spending that much, it’s perfectly safe to get the 9th-gen iPad instead. Starting at $329 for a 64GB model — and regularly available for less than $300 — it’s by far the most wallet-friendly way into iPadOS. While its hardware is an obvious step down from the models above, it’s still more than capable for the essentials.

We gave the 9th-gen iPad model a review score of 86 in 2021. This is the only “current” iPad to follow Apple’s older design language: It’s just a tiny bit thicker and heavier than the 10th-gen iPad and iPad Air, but its wider bezels mean there’s only enough room for a 10.2-inch display. Like the 10th-gen iPad, that screen isn't laminated and more susceptible to glare, though it’s just as sharp. There’s a Home button located on the bottom bezel that also houses a Touch ID fingerprint scanner, and the device charges via Lightning port rather than USB-C. Its speakers don’t sound as nice, either, but it’s the only iPad to still have a headphone jack, and its 12MP front camera is fine (though, it’s not landscape-oriented as on the 10th-gen iPad).

The 9th-gen iPad runs on Apple’s A13 Bionic, which is the same SoC used in 2019’s iPhone 11 series. It won’t be as fluid or futureproof as the M1, but it’s plenty quick for casual tasks. In terms of first-party accessories, the tablet supports Apple's Smart Keyboard and first-gen Pencil stylus. Those are less convenient than the company’s newer options, but they’re at least there.

In the end, it’s all about the price. The 9th-gen iPad is the most affordable model in Apple’s lineup, and those savings go a long way toward papering over its issues.

Best for one-handed use: iPad mini

Best for one-handed use 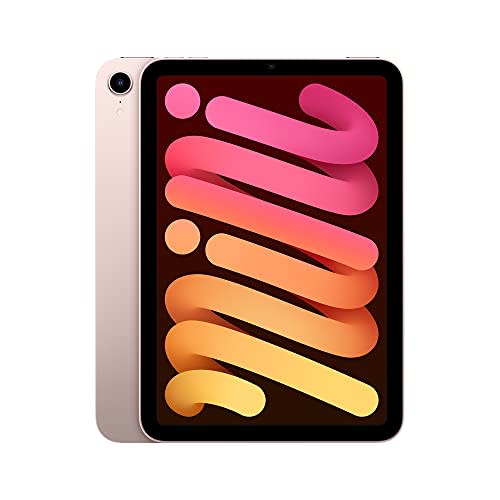 Essentially a smaller iPad Air, the iPad mini is the best compact tablet you can buy. Just don't get it to do work.
$519 at Amazon

The iPad mini is exactly what it sounds like: the small iPad. It’s easily the shortest (7.69x5.3x0.25 inches) and lightest (0.65 pounds for the WiFi model) of every current iPad, with an 8.3-inch display that’s more comfortable to operate with one hand.

We gave the iPad mini a review score of 89 in 2021. Its design follows closely after that of the iPad Air: squared-off edges, thin bezels, no Home button, a Touch ID sensor in the power button, stereo speakers, solid cameras and a USB-C port. Its display is technically sharper, but otherwise gives you the same max brightness, lamination, anti-reflective coating and wide color gamut. It doesn’t have a “Smart Connector” to hook up Apple-made keyboards, but it does support the second-gen Apple Pencil.

The mini runs on Apple’s A15 Bionic SoC, the same as the one in 2021’s iPhone 13 phones. This is technically faster than the chip inside the 10th-gen iPad model and, again, more than powerful enough for most tasks, though it’s a step behind the laptop-grade M1 or M2.

The mini has an MSRP of $499 for the 64GB model and $649 for the 256GB model. That’s a lot, though in recent months we’ve seen both SKUs available online for up to $100 less. If you specifically want a smaller tablet — whether it’s to easily stuff in a bag, use with one hand or treat like a high-end e-reader — this is the only option Apple sells, and the best tablet in its size range, period. 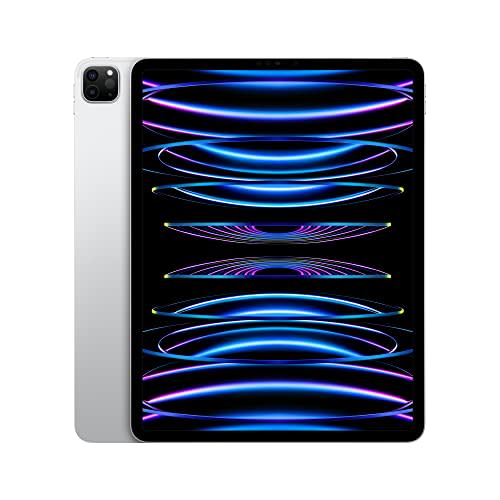 It's still not an ideal laptop replacement for most, but the 12.9-inch iPad Pro is the most powerful tablet that Apple sells.
$1,070 at Amazon

The 12.9-inch iPad Pro exists in something of its own realm within the Apple tablet lineup. It starts at $1,099 for 128GB of storage, which is $100 more than the M1 MacBook Air. That’s well beyond what anyone needs to pay to do the vast majority of iPad things, and quite a chunk of change for a platform that still has issues with laptop-style productivity. But the 12.9-inch iPad Pro is the best pure piece of tablet hardware that Apple makes.

We gave the latest iPad Pro a review score of 87 in November. The display here can get brighter than the Air’s, and it has a 120 Hz refresh rate (the Air is limited to 60 Hz). The 12.9-inch Pro’s Liquid Retina display is more of an upgrade than the 11-inch model, though, as it’s the only iPad to use mini-LED backlighting, which can deliver higher peak brightness, improved contrast and a generally more realistic image. Beyond that, the Pro runs on Apple’s new M2 SoC, which isn’t a huge upgrade over the M1 in real-world use but offers more performance overhead going forward. The iPad Pro has the same 12MP rear camera as the Air, but adds a 10MP ultrawide lens and an LED flash (plus a LIDAR scanner for AR apps). The 12MP front cameras, meanwhile, can take shots in portrait mode.

Beyond that, the Pro has a faster Thunderbolt USB-C port, more robust speakers and Face ID support. With its latest refresh, it can now recognize when an Apple Pencil is hovering above the display and preview would-be inputs. There are more storage options, going all the way up to 2TB, with the 1TB and 2TB models doubling the RAM from 8GB to 16GB (at a super high cost). And it works with all of Apple’s best accessories.

It’s a powerhouse, and if you do want to use an iPad more heavily for work, the roomier display on the 12.9-inch Pro should make it the most amenable option for all-day, laptop-style use. You’ll want to add a keyboard to get the most out of that, but if you’re spending this much on an iPad to begin with, that may not be as big of a deal.

Like the iPad mini, this is very much a niche device. It’s prohibitively expensive, and its hulking size makes it less portable than other iPads. Certain creatives have made it work as a laptop replacement, but for most, iPadOS still makes multitasking and other computer-y tasks more convoluted than they’d be on a similarly priced MacBook. It’s only a minor upgrade over the prior model, too. Still, as a tablet, the 12.9-inch Pro is deeply powerful.