Maybe you've been going back and forth about whether you should pick up a new TV while many are on sale for Cyber Monday. Undoubtably, now is a great time to do so if you want to save some money in the process. Cyber Monday TV deals are in full swing, and they discount a number of 4K and OLED sets from brands like Samsung, Sony, LG and others. While, yes, if you want an OLED set, you're still going to pay a premium for it, but most of these Cyber Monday TV sales feature prices that are much easier to stomach than the standard prices of high-end OLED sets.. And if you're just looking for an upgraded 4K TV, there are plenty of great deals to choose from. Here are the best Cyber Monday 2022 TV deals we could find this year.

Sony has discounted a number of its higher-end 4K TVs and a few OLED sets as well for Cyber Monday. One of the best smart TV deals overall is this 65-inch Sony X80K 4K set for just under $700. It's a 2022 TV that has the company's 4K HDR Processor X1 that produces smooth, clear video, and it has support for Dolby Vision and Atmos, too. On the OLED side, you can pick up this 2022 65-inch A95K Bravia XR OLED set for $1,000 less than usual.

Now's a great time to grab a Samsung TV for much less than usual. Whether you're interested in one of the more affordable Q60B or Q80B sets or a higher-end Neo QLED TV, there are a bunch of good Cyber Monday deals to consider. This 65-inch OLED model is 40 percent off and down to $1,800, while this massive 85-inch QLED set is on sale for only $1,600. There are even a few Frame TVs on sale as well, including this 55-inch 2022 model for less than $1,000.

Most of Hisense's TVs are on sale for Cyber Monday. If you're looking to spend as little as possible on a still-decent TV, then you can't get much better than Hisense's 43-inch R6-Series Roku TV for $200. It supports 4K content and Dolby Vision, plus it runs on Roku's smart TV operating system. 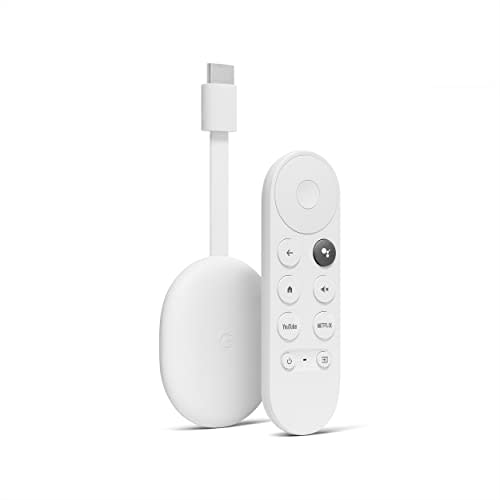 Pick up the 4K Chromecast with Google TV while it's cheaper than ever for Cyber Monday.
$40 at Amazon

The 4K Chromecast with Google TV has dropped to $40 for Cyber Monday. It's one of the most affordable ways to get Google's streaming OS into your home, along with 4K content support. We like this Chromecast's compact design, handy remote and its smart integration with the Google Assistant. 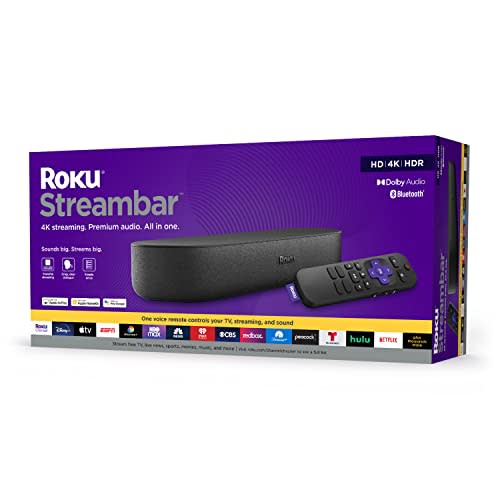 The Roku Streambar has been discounted to $80 for Cyber Monday, which is $50 less than usual and a record low. It's one of the easiest ways to up your TV's audio game, and get 4K streaming technology as well. The compact Streambar offers much better sound quality than most TV's built-in speakers can provide, plus it'll turn your set into a Roku smart TV as well. And if you want to use it as a Bluetooth speaker, you have that option as well. 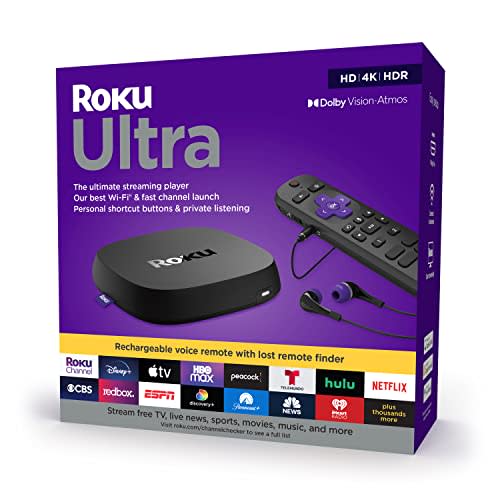 Roku's 2022 Ultra set-top box has dropped to a new low of $70 for Cyber Monday. The actually box itself hasn't changed much since the previous version: it still supports 4K HDR10+ content, Dolby Vision and Atmos, plus AirPlay 2 and Bluetooth. Most of the upgrades are in the Voice Remote Pro that comes bundled with the streamer. The new remote has a 3.5mm headphone jack for private listening, two programmable shortcut buttons and a mic-disable button. 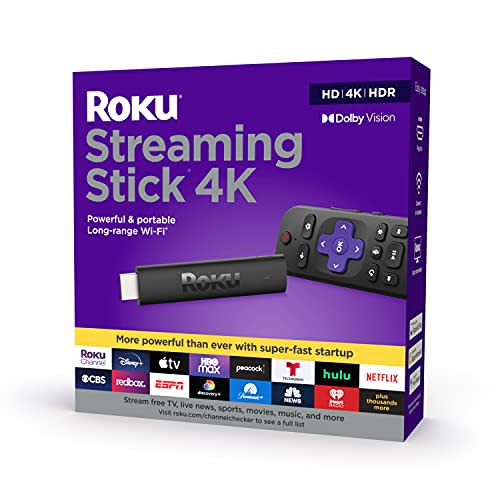 This small dongle connects directly to your TV's HDMI port and streams content in 4K, supports Dolby Vision and offers voice command capabilities via its remote.
$25 at Amazon

Roku's Streaming Stick 4K is on sale for $25 right now, or half off its usual price. This small dongle connects directly to your TV's HDMI port and streams content in 4K, supports Dolby Vision and offers voice command capabilities via its remote. This updated model also has fast, long-range WiFi and a private-listening feature that lets you listen to your TV's audio video the Roku mobile app. 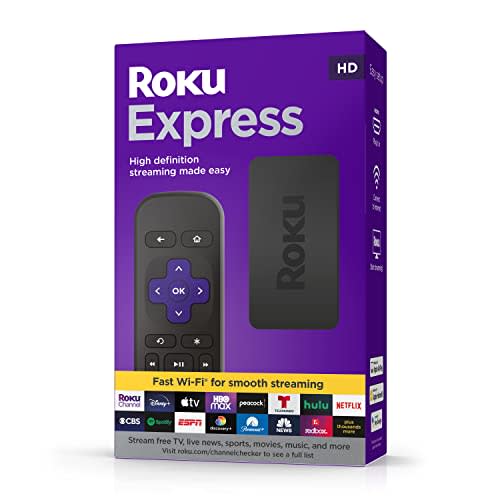 If you want an inexpensive streaming device with basic features, the Express is a solid option.
$18 at Amazon

Roku's Express has dropped to only $18 for Cyber Monday, which is one of the best prices we've seen. If you just want an inexpensive streaming device with basic features, the Express is a solid option. It comes with a high-speed HDMI cable to connect it to your TV, and it supports HD content plus private listening via Roku's mobile app. 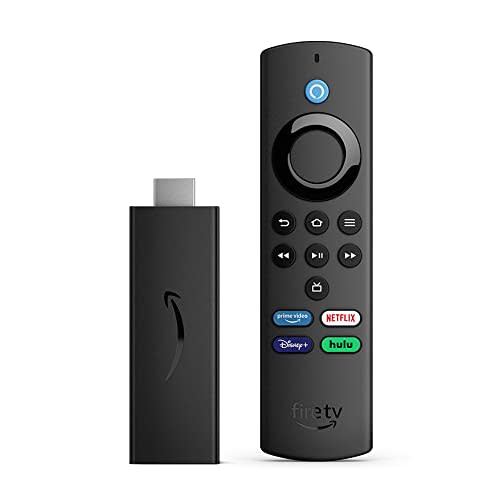 Amazon's most affordable streaming stick is even cheaper for Cyber Monday thanks to this half-off discount.
$15 at Amazon

Amazon's most affordable streaming stick is on sale for only $15 right now, which is half off its usual price. This is a good option if you want to upgrade an old, "dumb" TV in your home into a smart one. The Fire TV Stick Lite provides access to Amazon's Fire TV OS, through which you can access services like Netflix, HBO Max, Disney+ and others. The TV Stick Lite supports FHD content, and you can use the included Voice Remote Lite to ask Alexa to show you the content you want to watch. If you want to upgrade a bit to Dolby Atmos, you can get the standard Fire TV Stick for only $5 more. 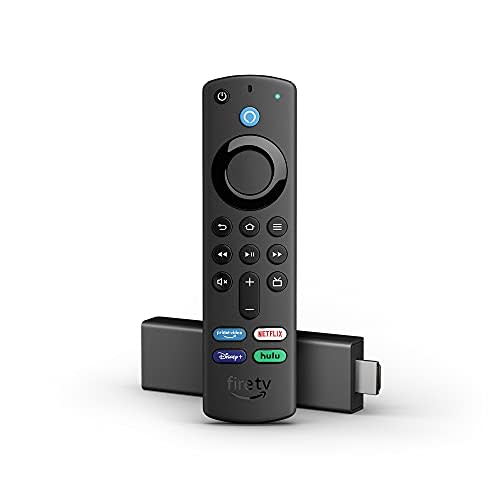 Amazon's Fire TV Stick 4K has dropped to $25, which is 50 percent off its normal price. This dongle provides 4K streaming support with Dolby Vision and HDR10+, plus Dolby Atmos audio capabilities. Also, if you have Alexa-compatible home security cameras set up, you can use the streaming stick's live picture-in-picture feature to check out those camera feeds directly from your TV. 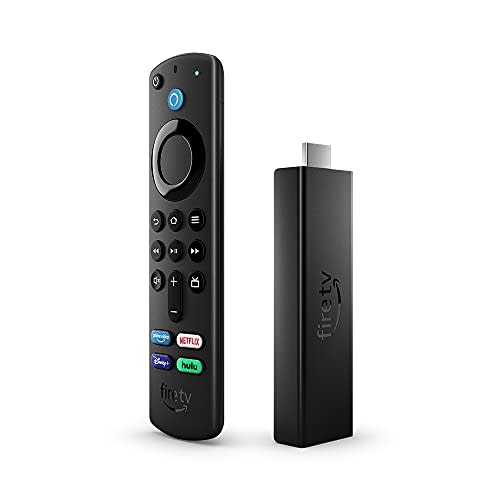 Amazon's most capable streaming stick, the Fire TV Stick 4K Max, is down to only $35 for Cyber Monday. It has all of the features of the standard Fire TV Stick 4K: UHD streaming capabilities, Dolby Vision and Atmos support, and the live picture-in-picture feature. But on top of that, it has WiFi 6 support and a bit more RAM than all other Fire streaming sticks, improving its overall performance.

Samsung's Freestyle projector has dropped to $500 for Cyber Monday, which is 44 percent off its usual price. This compact projector weighs less than two pounds, allowing you to easily move it around as you wish. It also has auto focus and auto leveling features that should help it properly align whatever you're watching, no matter where you place it. The Freestyle supports a display size up to 100 inches with a 1080p resolution, and it has a 180-degree cradle stand, so you can point it to the ceiling to watch things from above. 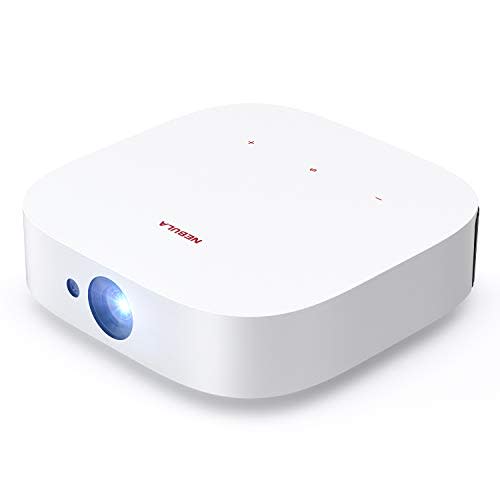 Anker's budget-friendly projector offers a bright picture, built-in Android TV and an adjustable stand so you can use it in many positions and environments.
$448 at Amazon

Anker's Nebula Solar HD projector is down to $448 for Cyber Monday for Prime members only. It earned a spot in our best projectors guide for its rich feature set, especially considering its relatively affordable price. It provides 400 lumens of brightness, which will help if you're using it ourside, plus a powerful 2x3 speaker system, built-in Android TV and an adjustable stand. 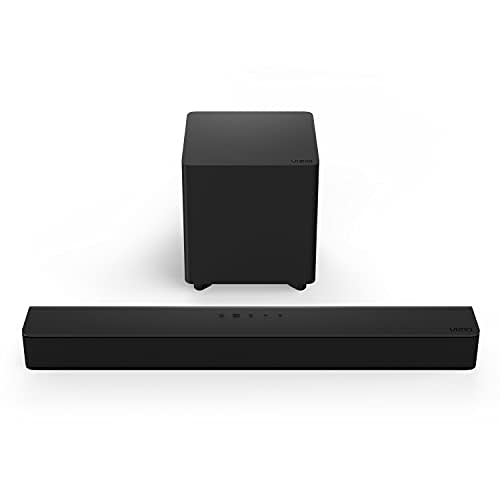 Our favorite budget soundbar gives you a 2.1-channel setup, plus a 4.5-inch wireless sub along with it.
$118 at Amazon

Our favorite budget-friendly soundbar is on sale for only $118 right now, which is 26 percent off its usual price and a near record low. You're getting a 2.1-channel setup with this accessory, plus a 4.5-inch wireless sub along with it. It may not have WiFi connectivity, but that's the main tradeoff you'll have to make. Otherwise, it supports HDMI ARC/eARC, DTS Virtual:X and Bluetooth, and it has a 3.5mm aux jack as well. 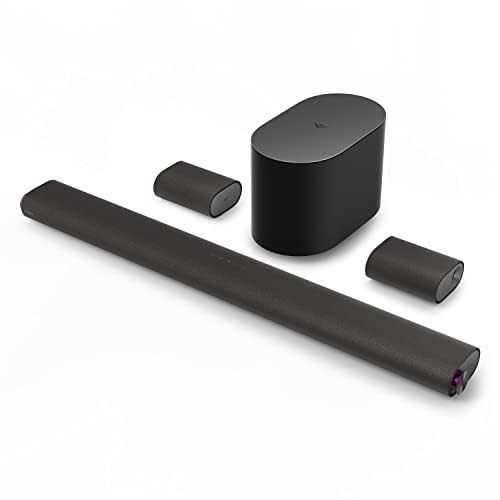 This system has adaptive height speakers that automatically rotate upward or forward when playing Dolby Atmos and DTS:X soundtracks.
$500 at Amazon

Vizio's Elevate soundbar is $300 off and down to $500 for Cyber Monday. This is a great pick for movie lovers or anyone who wants a cinematic audio experience in their home. The soundbar system has adaptive height speakers that automatically rotate upward or forward when playing Dolby Atmos and DTS:X soundtracks. Plus, it has a redesigned wireless subwoofer and integrated tweeters and woofers, as well.