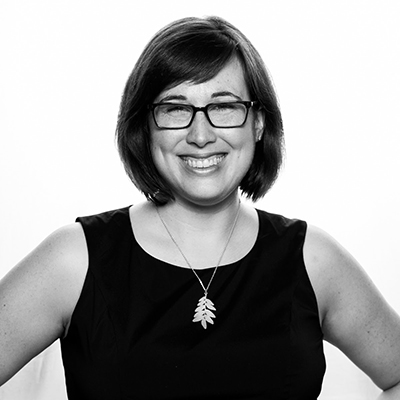 With two months to go until Star Wars: The Force Awakens opens in theaters, the Disney marketing machine has blasted into hyperdrive. On Sunday, the official “payoff” poster for Episode VII was launched, a day before the final trailer will be unveiled on national TV during ESPN’s Monday Night Football game.

The new poster features a montage of moments we’ve seen before: New heroes Rey, Finn (holding Anakin Skywalker’s lightsaber), Poe Dameron in pilot gear, and BB-8; their adversaries in the First Order, the blade-wielding Kylo Ren, the chromed-out Captain Phasma, scads of stormtroopers; and returning Star Wars icons Han Solo, Chewbacca, red-armed C-3PO, and R2-D2. The poster also features our first look at Carrie Fisher back as Princess Leia, modeling the latest in a long line of distinctive hairdos, that looks like a cross between Pebbles Flintstone and Wolfgang Amadeus Mozart. Tucked away among the droids is a mystery character: most likely either Maz Kanata, the female pirate played by Lupita Nyong’o, or Teedo, the scavenger who interacts with Rey and BB-8 (and might be played by Simon Pegg). And, up in the right quadrant, amid the battling X-wings, TIE fighters, and Star Destroyers is the most tantalizing new detail: a planet-shaped weapon that appears to be the latest evolution in Death Star tech.

Fans have about 36 hours to pore over the poster for clues. Then on Monday — Ewok drum roll, please — the first full-length trailer will debut at halftime of the New York Giants-Philadelphia Eagles showdown. The game, to be broadcast on ESPN (like Lucasfilm, part of the Disney-ABC family — let’s hear it for corporate synergy!), begins at 8:15 ET, meaning the trailer will likely hit between 9:30 and 10 p.m. Maybe we’ll finally get our first peek at Mark Hamill’s Luke Skywalker in grizzled Jedi mode, or Andy Serkis’s Supreme Commander Snoke.

But wait, there’s more! Following the trailer debut, a limited number of Force Awakens tickets will go on sale at theaters nationwide, for showtimes beginning on Dec. 17 at 7 p.m. and ending on Jan. 3. If that’s still not enough Star Wars for you, an all-day, seven-film marathon of all the movies (including the original and prequel trilogies) will begin at select theater chains on 4 a.m. on Dec. 17, and continue through the 7 p.m. premiere of The Force Awakens.

For the past six months, it has seemed like the full-length trailer was being hidden in a galaxy far, far away. Now that we know it’s ready, Monday can’t come soon enough.