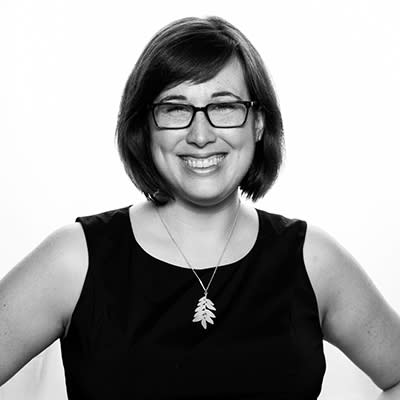 Gwynne Watkins writes about film and culture for Yahoo Entertainment. Her work has been published by Vulture, New York Magazine, GQ, Elle, Rolling Stone, Cosmopolitan, CNN, The Daily Beast, and Religion Dispatches. She is an alumnus of the BMI Lehman Engel Musical Theatre Workshop and a member of the Dramatists Guild. Gwynne lives in New York's Hudson Valley with her family. She dreams of a world where we are all more like Muppets.