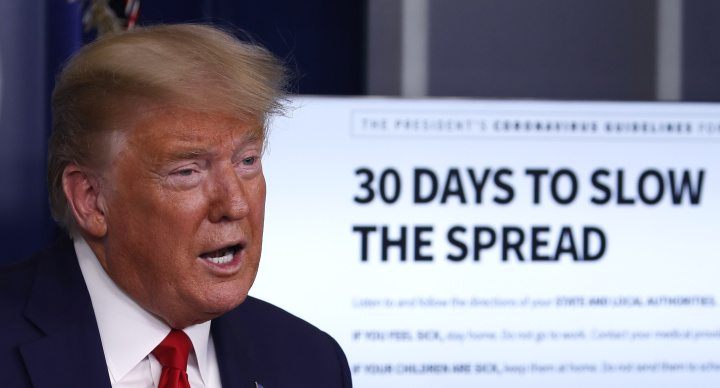 President Trump on Tuesday warned Americans to brace for a "rough two-week period" as the White House projected there could be up to 240,000 deaths.