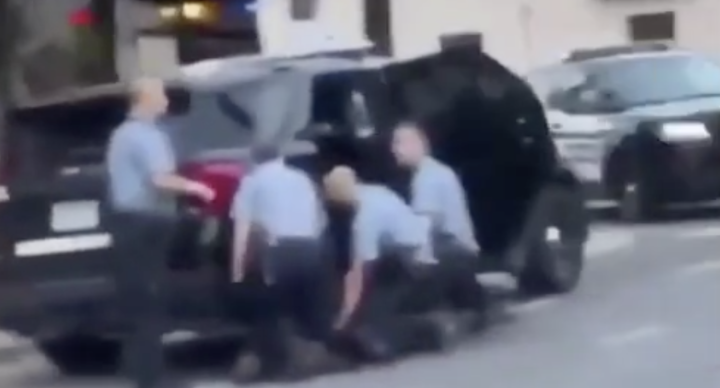 This video was allegedly filmed from the opposite side of the street from where a police officer kneeled on George Floyd's neck.