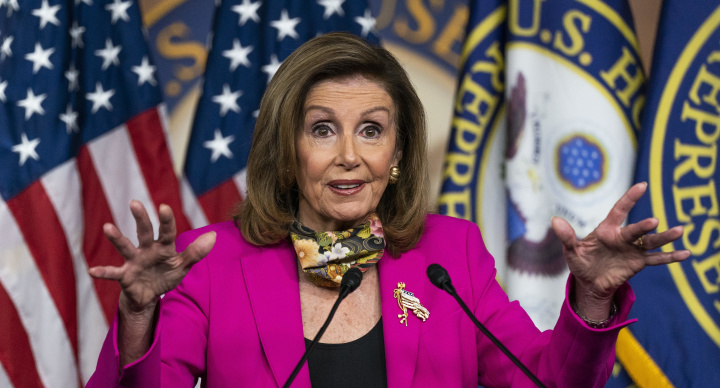 In a new interview, Gayle King suggested that House Speaker Nancy Pelosi was being hypocritical by calling the president's aides and allies "henchmen."