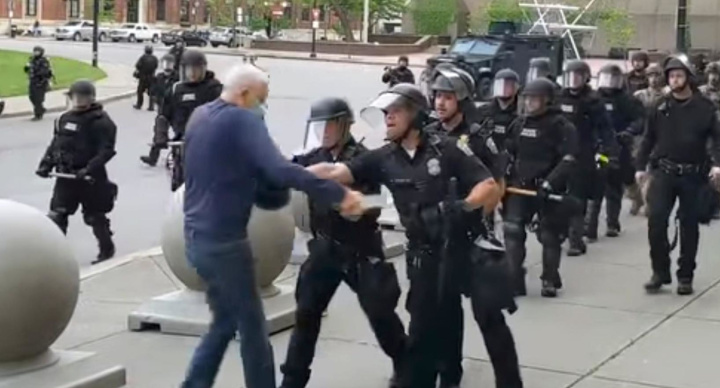 All 57 members of the Buffalo, N.Y., Police Department's Emergency Response Team quit the unit after two officers were suspended for pushing an elderly protester to the ground.

Gemini(change)
June 6 - Though someone with an overbearing attitude may be getting on your nerves, this isnt the time to confront them on their behavior. While the attention-getting Sun is in your sign and making a square to combative Mars, your reputation could suffer if you cause a commotion. The better option right now is to remain calm in the face of aggression. Youve been gifted with a powerful intellect, so use it to make logical arguments against any outrageous orders. Eventually, this person will see the strength of your will and back down.
See more »